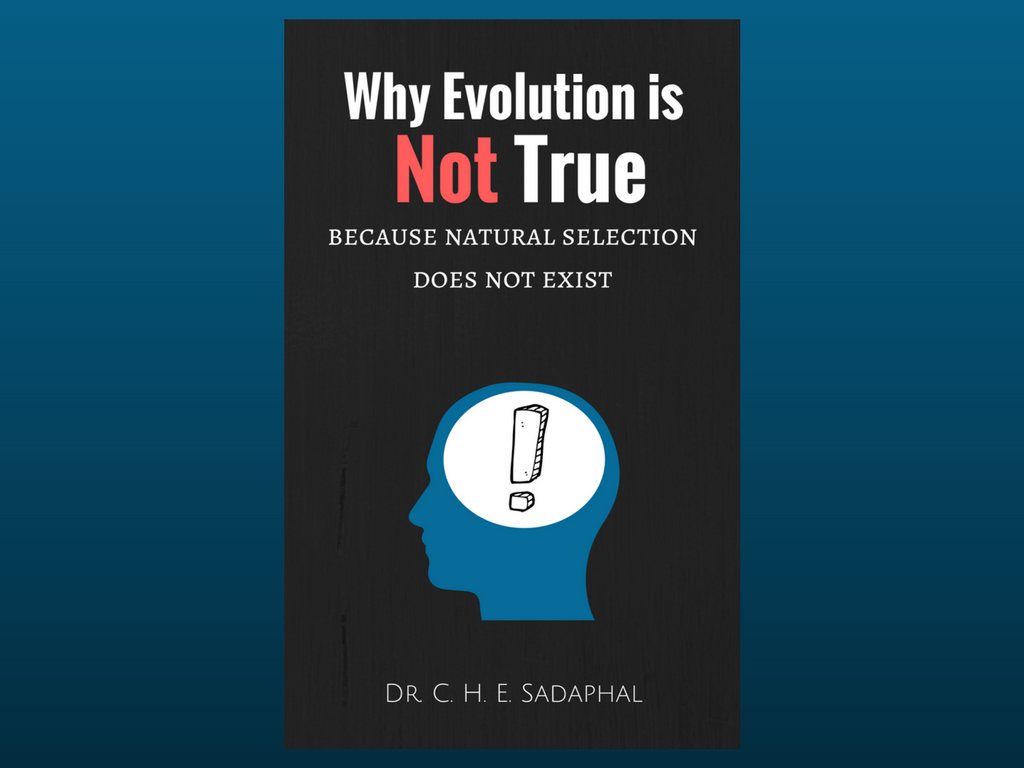 It's time for you to start thinking for yourself and challenge the status quo.

The current scientific consensus champions evolution by natural selection as an indisputable fact. Resultantly, many tell us where the facts lead, but when actually examining the alleged evidence, what one unearths is quite shocking—that from the very beginning, the theory of evolution was built on an unsteady foundation and the facts that presumably support it are rare, isolated, and unimpressive.

Why Evolution is Not True is a succinct and accessible summary of how the facts that supposedly support the modern theory of evolution are dishonestly misinterpreted and why the evidence available demands a fresh verdict: that evolution is not true because natural selection does not exist.

In this bold and revolutionary book, Dr. C. H. Elijah Sadaphal challenges the scientific status quo, dispels common misunderstandings about evolution, and confirms the truth, which clearly refutes this speculative process of extraordinary change. By synthesizing Darwin’s original postulation in On the Origin of Species with molecular biology, modern genetics, medicine, and paleontology, Dr. Sadaphal provides seven devastating reasons why natural selection does not exist and is merely a philosophical conjecture.

Why Evolution is Not True does not aim to prove any alternative ideas; rather, by using indisputable and overwhelming evidence, it sets out to demonstrate that evolution by natural selection is neither plausible nor sufficient to explain the diversity of species.

Dr. C. H. E. Sadaphal is a physician and a lifetime member of Mensa. He is the author of seven books, an avid public speaker, and the host of the TruthFinder podcast, which searches for crucial answers to critical questions about belief, non-belief, and everything in between.